History of the Crossbow: Origins and Evolution

Little did I know you were history buffs, and you would be requesting about the origins and evolution of crossbows. Luckily, I enjoy reading and history so I already had a background of the history of crossbows. But to make sure everything is right I made sure to do my research. 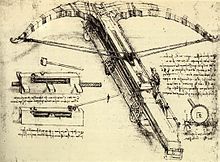 Let’s start with talking about the crossbow. This is a bow based weapon that features a horizontal bow like assembly which is commonly called a prod. This prod is then mounted to the stock. It shoots bolts or quarrels, and during medieval times it was called different names which come from “ballista” it’s a torsion siege engine that looks a bit like a crossbow.

Ever since, the crossbow has always been simple, cheap, and undemanding to its users. This could also be learned in just a span of a few weeks, instead of years like when training to be a bowman.

The earliest time anything related to crossbow was talked about was in the bible. The design of the ballista mentioned in the bible was very similar to the design of a handheld crossbow. It was in Chronicles 26:15, revealed that King Uzziah who reigned the circa 783 BC to 742 BC. 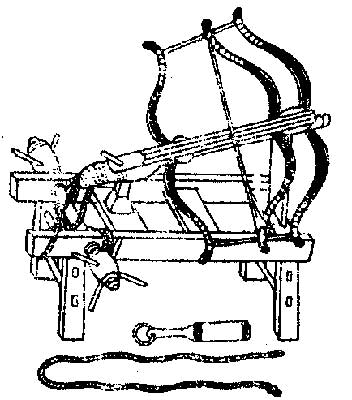 It’s not really stated who the inventor of handheld crossbows was, but it surely originated in East Asia. the earliest evidence of crossbows found was at least 6th Century BC. 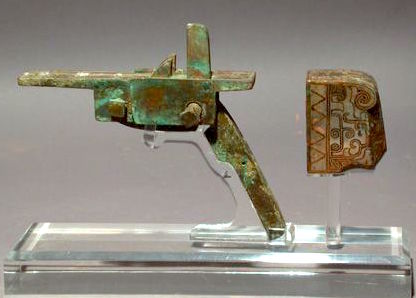 When you look at the linguistic origins of the word, it’s derived from the then neighbors of China who were the people usually hired as marksmen mercenaries. But, when it comes to records and remains they are from China. The earliest Chinese document that have mentioned about crossbows was found in the fourth to the third century BC which was attributed to the Mozi followers. There are also an undoubtedly evidences that show that crossbows were used in the war during the second half of the 4th century BC.

A lot of archaeologists have located crossbow bolts that were bronze that actually dated back to as early as mid 5th century BC in Hubei and in Kingdom of Chu burial site. Aside from that, we’ve found handheld crossbow stocks that has bronze triggers in tombs 3 and 12 at Qufu, Shandong which dated back to the 6th century BC. 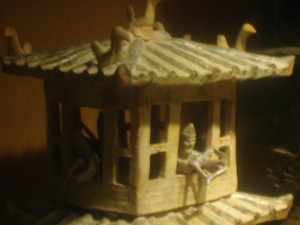 The earliest records that were reliable and showed that crossbows were used in war was in an ambush in the Ma-Ling battle in 341 BC. During this time, the crossbows were widely used and developed for War use and hunting in China. Most of them referred to giant crossbows but there were also handheld crossbows, it was used in China and some parts of East Asia.

In ancient greece, a Greek historian Diodorus Siculus described the invention as something like a mechanical arrow shooting catapult which was called the Katapeltikon, this was used in 388 BC by the Greek task force. It would have been a large siege machine that was used to tear down defences of a city to prepare for invasion.

The use of crossbows were also evident in Scotland and other parts of Europe in the early medieval history. England showed favor to the longbow for a lot of centuries. The Payne Gallwey also speculates that it was not until the norman Invasion that crossbows became popular in England.

During the Roman Catholic time, the church would ban the use of crossbows in the warfare. This was because it was largely to maintain the social stratification rampant in Europe. Crossbows allowed any peasant to kill even high born mounted Knights with little or no training at all. This became a serious threat and could have shattered the natural order of society so it was banned. Any weapon that had the same level of deadlines of a crossbow, and as little training needed was considered a threat. This prohibition was instated in 1096.

The Genoa crossbowmen were legendary because of their mastery in this weapon. They were usually employed as mercenaries by the French and English. The Genoa decimated Emperor Frederick II’s forces at the 1248 Battle of Parma.

Disadvantages of the crossbow

Crossbows aren’t really perfect for battle. It’s slow to reload, it’s not suited for close battles, it doesn’t have a defense, and it had moisture problems. In the battle of Crecy in 1346, the English longbow archers were able to hide their strings under their caps to keep them dry, this wasn’t something you could easily do with a crossbow.

During the Biblical times, crossbows were mentioned in the middle east too. In the time of crusades, the crossbows was extensively used against Muslims. This was because it was remarkably successful to use it against the Arab and Turkic horsemen. It was referred to as the qaws Ferengi or the Frankish bow. There was a footstrap version that became popular among the muslims in Iberia. 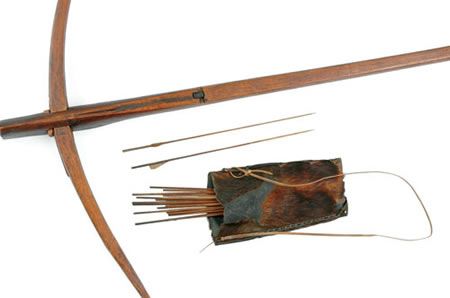 Photo credit: Museum of Anthropology, College of Arts and Science, University of Missouri

Crossbows was used as a scouting and hunting weapon. Henry Balfour said crossbows were present in West Africa as early as 1861. The specimens that were found to prove this have a short and very rigid bow, 25.5” cross the arc and comes with an almost rectangular section. It’s stout at the center, and it tapers at the end. When unstrung, this bow isn’t straight 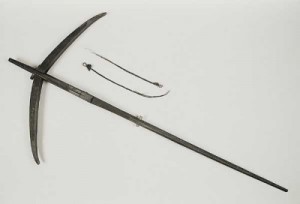 The crossbow stock is split laterally from the length to form an upper an lower limb. The rear ends of the stock are free and could be forced apart but still remain united in the solid front. To bring the limbs together, there’s a square peg fixed to the lower limb that could pass through the upper limb. This would fill up a notch. When you draw it to its maximum 3.5” draw length, the bowstring is held in the notch ad the peg is then forced downwards which would cause the limbs to separate. When you fire, you squeeze the 2 limbs back together and the peg forces out of the bowstring and rises into the notch as the arrow fires towards the target. 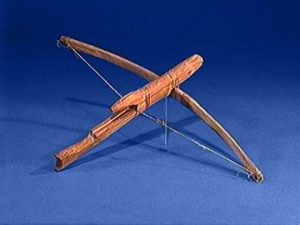 In North and South America, there’s not much research on when crossbows reached that area. But it’s more likely a reflection of both the European early ancestry of immigrants to America as well as when West African slaves were transported. This wasn’t always used in this area but when it was used it was mostly for hunting and seldomly in the warfare when gunpowder and firearms were not available.

You might think that crossbows are purely for recreational use and hunting but this is an ancient weapon which actually maintains a strong place in law enforcement and military because of its power and easy learning curve. We hope that you enjoyed learning about the history of the crossbows. You can also visit Hog Lights as the ultimate tool for hunters. Have fun hunting!

Hey there Hunting Bow Fans! My name is Jeremy Lane and I have been hunting and using crossbows for over 20 years. On my site I will be sharing my tips and tricks and my opinion on all the best crossbow products.

Be sure to check back often to view my review articles where I review all of the latest and greatest crossbows and accessories.

We buy all the products we review at Hunting Bow Lab ourselves, at retail just like you, to help ensure complete objectivity and independence in our ratings. We won't accept any free evaluation units from manufacturers. Read more about our process to create the world's most carefully tested and objective outdoor gear reviews on our About page.